Let me start vol.62 while listening to the voice of the warbler, who has become very good at singing.

〈Contents〉
● Dr. Fujita’s lecture (Commemorative lecture for a business school & what will happen to Japan’s bio strategy) – a report
● Managing the bio production system by utilizing AI
● Tavelmout Corp. was featured in TV program “Change the world”
● “From the sites in Southeast Asia” – Cameron Highlands (Part Two)
● Our new members

● Dr. Fujita’s lecture (Commemorative lecture for a business school & what will happen to Japan’s bio strategy) – a report

Dr. Fujita gave a lecture at the opening ceremony lecture of KSP Business Innovation School and “Festival of Technology, Technology NEXT 2019” sponsored by NIKKEIBusiness Publications, Inc.. Now, let me report on the day’s event. 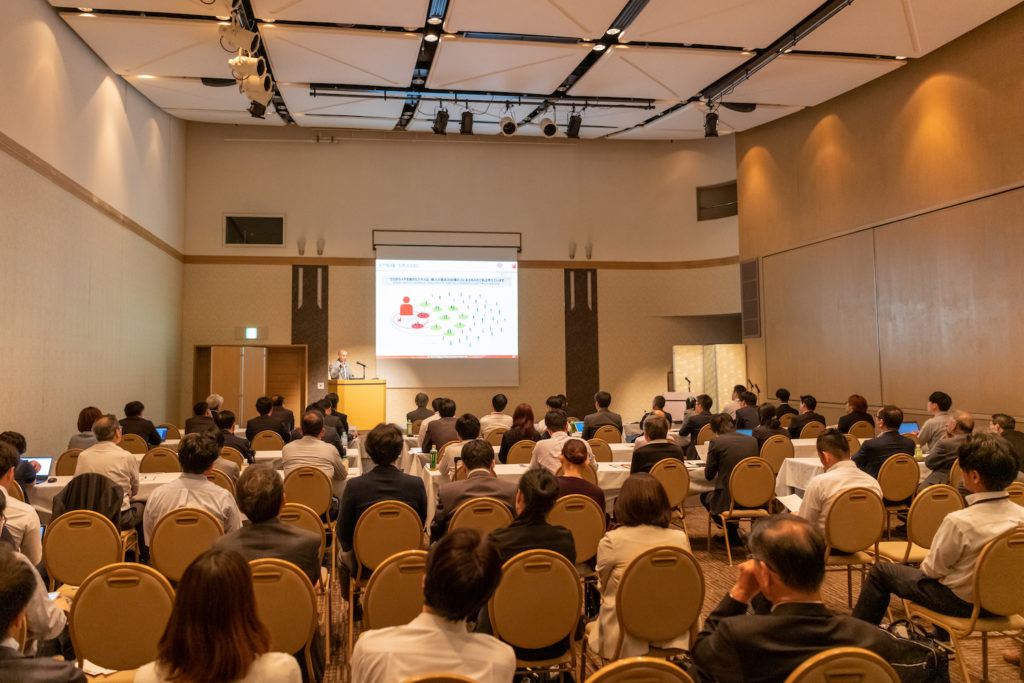 The other day, at the opening ceremony of KSP Business Innovation School, the representative of Chitose Group Dr.Fujita gave a lecture with the title “An inconvenient truth of the Japanese venture cultivating environment”.

The lecture started off with Dr. Fujita’s thoughts on running Chitose Group, such as “Wanting to make a contribution to a bio-based society!” or “Wanting to create a society where each individual can express their own ideas!”.Also, he talked about the feelings of issues and his own will to the present situation of the Japanese technical venture company from the perspective of ‘human resource’, ‘resource’ and ‘capital’.

As he spoke in a way that didn’t seek the favor of the masses, but instead stuck to his beliefs, Dr. Fujita’s lecture came out sounding a little too strong. However, the masses were slowly captivated through listening to Dr. Fujita express his pure and simple desire of “wanting to make Japan better” in every word he said.

“Business plans are the way of life  of individuals, and these connections produce business. I want to make a society that can help express  these intentions instead of destroying it by the concerns of money or the environment”.

Maybe because these thoughts of Dr. Fujita touched the visitors hearts, many of the visitors wanted to know about his thoughts during the question and answer session.

I was so attracted to Dr.Fujita’s talking about his vision for the future to improve the problems that Japan is facing now, that I forgot to write notes  for this report.

I want more and more people to listen to this topic, and think about it together.

It was a day where I felt strongly of my position as a reporter to share Chitose’s appeal and thoughts with you.

So, if you are thinking of something like “I want Dr.Fujita to give us a lecture!”, or “We want him on our Media!”, our contact channels are open and waiting for you.

On May 27th (Mon), “Festival of Technology, Technology NEXT 2019” was held for the 3rd time this year at HOTEL GAJOEN TOKYO in Meguro Tokyo. At the session of living things×digital×manufacturing, Dr. Fujita gave a speech with the title “What will happen to Japan’s bio strategy?” with Mr. Akasaka the Cabinet Secretariat’s Policy Chief.

They said that “Japan used to make an investment in keywords (ie., compound biology or genome diagnosis), but that won’t do. We shouldn’t be discussing about where should we invest by simply picking out a technology. We must first organize to determine the profitability and technological superiority, and then decide through discussion which industry to take on by understanding the industrial structure”. Furthermore, Dr. Fujita explained that “The most important thing is to make a situation to‘ gather funds’ by thinking of a strategy that  has the scent of money in it to motivate the stakeholders. The nation can only direct the ‘territory’ for investment where we should invest in, and there must be a reason behind how the government formulates the bio strategy”.

Sustainability and SDGs are some of the important matters discussed recently, but those won’t materialise without the power of biotechnology. The trend for ‘all the industries to bionalizing’ may speed up. And we are aware that Chitose has a big role to play in that.

Lastly, don’t you want to try to bionalize all industries with everyone in the business world or across industries?

As what Dr. Fujita wrote for this year’s ambitions in『OPEN』, he is willing to be active with an open attitude. So if you are interested and want to have a discussion, feel free to contact us.

Let’s make the bio industry a much more exciting place!

If you want to see the materials for that day, contact Deguchi and she’ll share the information.

Dr.  Ken Kasahara, General Manager of Microbiota Utilization Division at Chitose Laboratory Corp. gave a lecture with the theme ‘Managing system of bio production utilizing AI’ in the seminar planned by those in the younger age group, ‘How can AI be used at a manufacturing job site?’, sponsored by the Kansai Branch of The Society for Biotechnology, Japan. 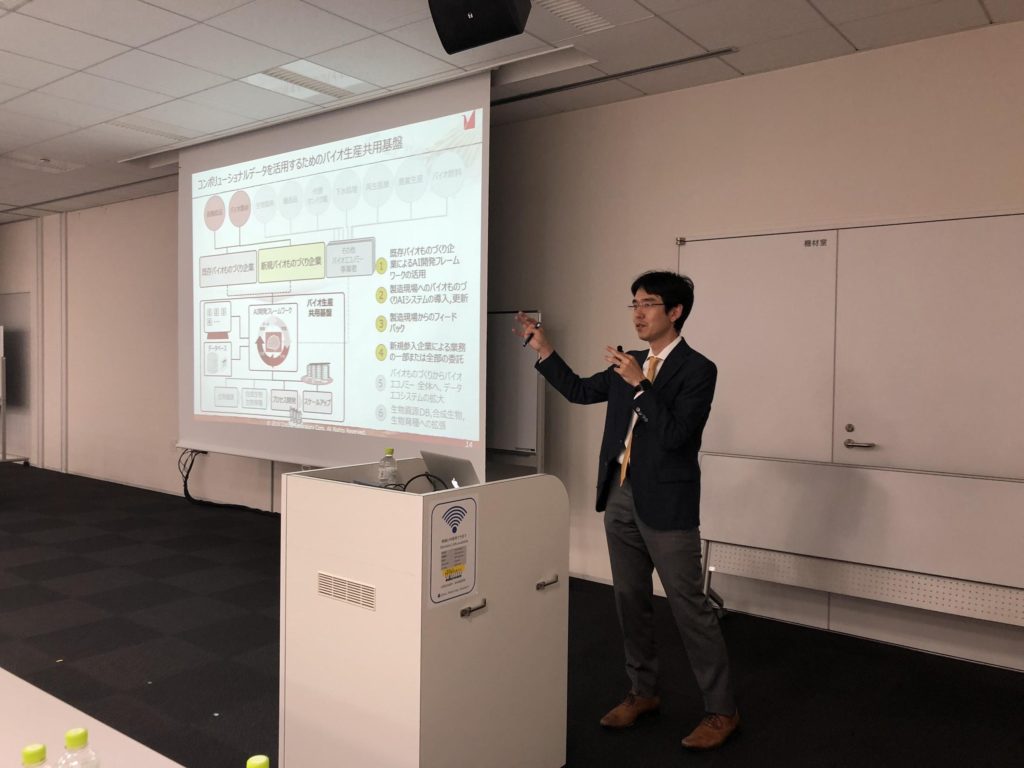 At the seminar, every presenter was explaining about how to confront the unclear object ‘AI’, in a way that does not stress on the expectations but with respect. And, from what I remember, they were all talking about how to handle AI as an imperfect thing.

Also, they were discussing a lot about what kind of bio data should be used to educate AI. About this, we proposed to call the suitable data ‘Convolutional Data’, since the suitable data is supposed to be a data that humans do not understand, and that kind of data is usually classified in the ‘Convolution layer’ of the neural network. From now on, we are thinking to extend the collection the convolutional data.

At this seminar, there were many questions and comments for me and other presenters. The listeners seemed to be very interested in ‘utilizing AI in the manufacturing field for bio use’. c This seminar was organized by the younger planners from the Kansai Branch of The Society for Biotechnology, Japan. I want to thank all of them who planned this very exciting seminar.

● Tavelmout Corp. was featured in the TV program “Change the world”

Tavelmout was introduced in the TV program ‘Change the world’ broadcasted on May 19th(Mon) 2019.

-Aiming build the future- ‘The future protein supplier=Algae’ (Japanese only)

How do they show it in a simple way and make the viewers interested in the short 5 minutes programme. I felt fully roped in just by watching it.

We are a group of scientists and I always want to explain from 1 to 10 inadvertently, so there is a lot I can learn from these TV compilations.

● From the sites in Southeast Asia – Cameron Highlands (Part Two)

20% of the members in CHITOSE GROUP are from Southeast Asia (Singapore, Malaysia and Brunei). The situation at this moment is one where the main area where large-scale businesses are expanding is in Southeast Asia. So, the feelings from those involved in the hands-on business can only be told from the site in Southeast Asia! I can’t always go there to conduct an interview, so I decided to ask our members who are doing their best at the site to write about it by starting the series “From the sites in Southeast Asia”.

The 1st part is about Cameron Highlands in Malaysia, the production base of “Chitose strawberry”. Kataoka will provide us with information from the site throughout the next 5 months.

I joined the strawberry production project  at Cameron Highlands in 2017 after finishing the oil palm plantation project. Compared to the rough-natural tropical zone of low-ground-leveled oil palm plantation, Cameron Highlands seems like it is in the middle of autumn. Insects sing beautifully on the cool nights. That is why strawberries can be harvested in the tropical zone, and it is stably produced all year round. The plants creating the atmosphere of Cameron Highlands are different from those of in the tropical zone. It makes my heart calm and nostalgic when I see some kinds of plants that are sometimes seen in the mountains in Japan.

＊Writer：Yosuke Kataoka（Chitose Agri Laboratory Bio Engineer）
Worked in the mountains of Malaysia on Borneo island for 2 years after joining Chitose, and thereafter became in charge of the Southeast Asian agriculture project in producing “Chitose strawberry” mainly in Cameron Highlands.

To be continued in the next HOTTOPICS

2 new members  joined this May!

After being a science teacher, I used to study bioeconomy at a place called Universität hohenheim in Germany.

I discovered and learned about algae while I was studying in Germany, but I decided to have a job with something related to algae in Japan when I found out that Japan has a profitable part in this field where the technological and economical problems were closed-up.

I was especially fascinated by Chitose’s capacity in technology, research and flexibility as well as possibility of portfolio for the future.

I don’t think it is possible that the idea of bioeconomy in Europe can be exactly brought into Japan because of the difference in culture and thoughts. But, I think it is possible for this idea, the root of the word ‘Sustainable development’ which I  hear often nowadays;

“Sustainable development is development that meets the needs of the present without compromising the ability of future generations to meet their own needs.”
Our Common Future, Brundtland Report (1987)

is one of our generation’s clear duties, and the way may be found in bio resources like algae.

I am still incompetent, and repeating trial and errors every day. But I’m looking forward to cause a stir in ‘Sustainable development’.

I used to work for a frozen food maker, and mainly handled household utensils asa product development marketer and the manager of the sales department for 20 years.

I found out that Tavelmout is trying to make ‘spirulina’ as an effective absorption protein not just for a healthy purpose, but as a solution to the food crisis brought about by the world’s increase in population, which made me fascinated with this business.

However, it isn’t easy because the recognition and understanding of ‘Spirulina’ in Japan is still low, and culturally ‘Algae’ isn’t widely being eaten.

Just thinking of how the increase in food consumption would be only solved ‘by photosynthesizing’ in a thousand years from now, the ‘job that is not so easy’ changed into ‘a job that I want to take on with vigor!’. And I decided to join Chitose group.

It’s been a short time since I entered. However, I’ll try my best to obtain the distribution, restaurants, and the manufacturer’s approval, and deliver to the consumers to embed Tavelumout in the society. I also want to make the firm bigger by using the power of analyzing the market, consumer, competition and businesses I’ve cultivated through my career. 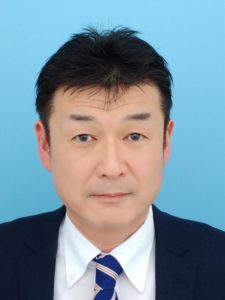 Maintenance is important for everything, such as work, human relations, living environment, health, and beauty to keep them in good condition.

The maintenance I’m talking about here is not only maintaining in a good condition, but always trying to make it better. I even think of how the up keep of maintenance can change one’s life satisfaction.

Of course, maintenance is important. But we forget to do so when we are too busy, tired or emotional .

Are you maintaining yourself well?